Donation of wheelchairs to disabled people of the Republic of Georgia

For the "Fundraising donation of wheelchairs donated to persons with disabilities in the Republic of Georgia" called from Noriko Inamori in Hiroshima and Nagasaki concert performances "PRAYER of LOVE and PEACE", amounts of money nearly 500,000 yen gathered in the favor. We purchased wheelchairs with the money received from you, and donated them to the disabilities support group of the Republic of Georgia "STEP by STEP". 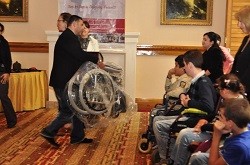 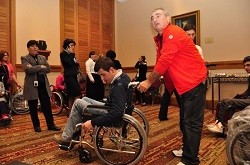 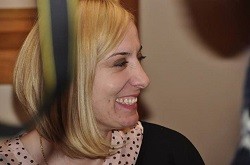 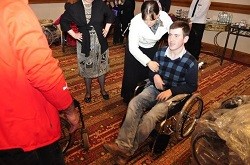 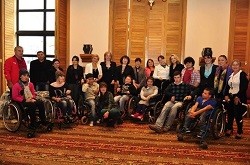 There was no direct transportation route to Georgia, and it costs more transportation amount of money when they’re the normal size, we purchased 12 foldable types and sent them with international mail. It took days, but they arrived safely at the "STEP by STEP" office in capital Tbilisi in the end of September, and were given to children who waited expectantly for a wheelchair on October 2.

Though it was regrettable that Noriko Inamori passed away on August 26 and was not able to be present in a timing of the donation, I think the late Noriko Inamori surely watches the scene with pleasure from Heaven.

Thank you very much for the feeling of all of you.