Today people all over the world are exposed to the fear of natural and manmade disasters such as earthquakes, nuclear weapons and the economic depression. In this climate of profit making and looking after only our own interests and own country's interests, I thought what is the direction mankind needs to take, what can I do as a single individual on this Earth?

Now is the time we need to answer the wake up call, to get over the apparent differences of country, culture and religion with a new perspective of understanding that we are all one family on board this spaceship Earth.

It is the time that our understanding is changing, similar to when Japan was a closed country and the ‘Black Ships' from the US opened up our country (at the end of the Edo period 1868) and woke us up. We call it "the Meiji Restoration", this one will be "the World Restoration".

I believe that the idea of World Peace, as put forward by many people and organizations, including the United Nations, will be realized by our awareness that all the people on the Earth are of the same family, and this will be achieved through prayers of love and peace.

This is almost a kind of Renaissance,based on people's free will. It could be compared to the Italian Renaissance, the revival of all Ancient Greece's ideals; this could now happen in the United States of America, the Country of Freedom.

Our life span is short but I hope the future of Earth is filled with love and peace and lasts forever.

With love and gratitude,
Noriko Inamori

She was born in Tokyo in 1956. She was a mother having five children, and living an ordinary life as a housewife. However, since around 2007, her steps started swaying when walking, and after that the symptom gradually progressed. And in around 2009, she became unable to stand up alone. She was given a notice of the name of the disease, SND (Striato‐nigral degeneration), one of the Multi system atrophy. This disease is like Parkinnson disease, and it progresses faster than Parkinson disease, and before long to death. she was pronounced that she would live only for around five years by a doctor.

When she knew her own disease, she wondered what she could do to use her limited life. So she reached an idea to do something good to the world through the theatrical performances and songs which she enjoyed since she was young.

Then she founded an amateur artistic group in 2009. She started the group with a few friends at first. Now it has over a hundred of people gathering as of 2013.

She herself cannot talk any more now, however she would like to appeal for Love and Peace to all over the world through this activity.


Noriko Inamori returned to heaven on August 26, 2013. All the members of the INAMORI Art Project Group is taking over her spirit, and keeping on the activities for the world peace. 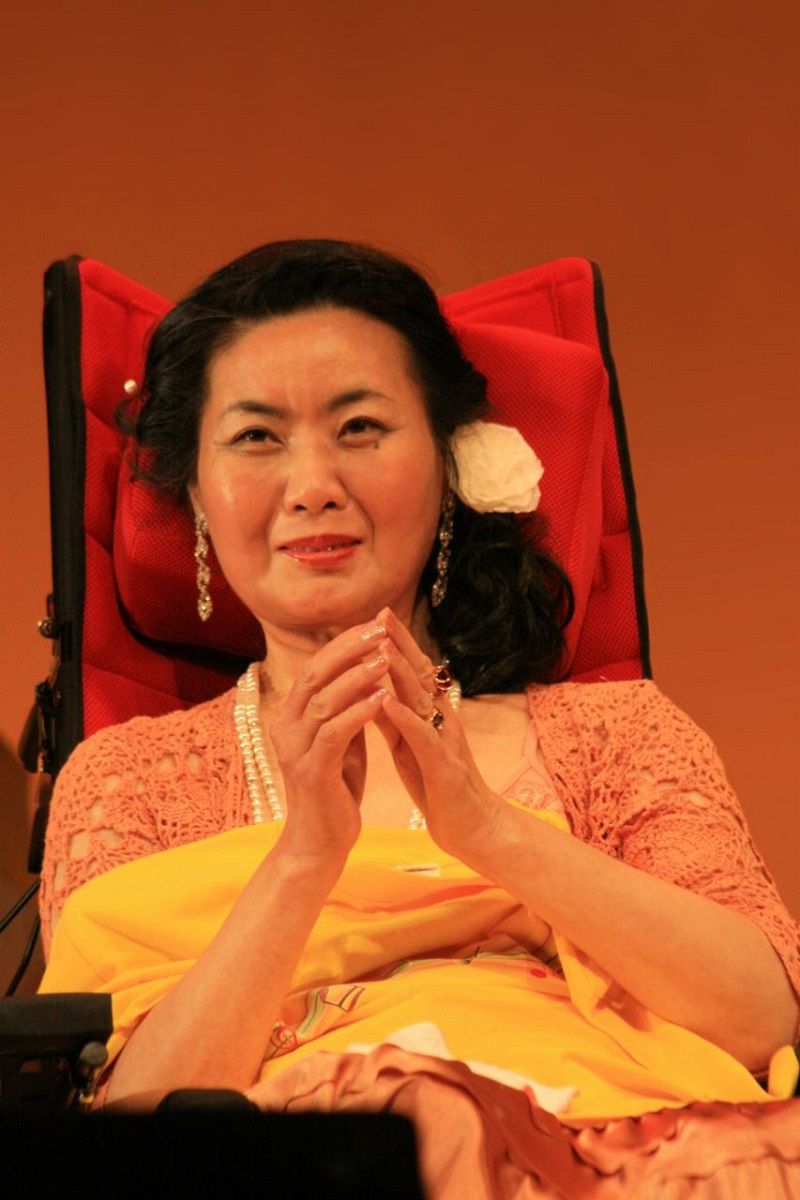